ECHOES’ first film festival was a huge success! We took home three awards and 11 nominations from the Action on Film Megafest 2018 in Las Vegas! A big congratulations to Campbell Crates for her Best Actress win in addition to ECHOES’ Best Visual Effects and Best Artwork win! 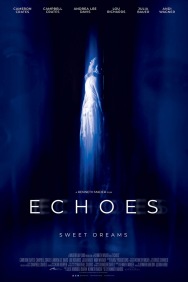 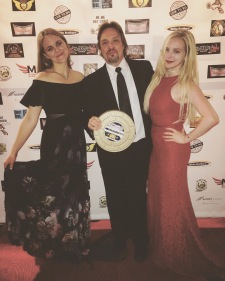 We spent the week viewing independent films and getting to know filmmakers from around the world. Some of our cast and crew were able to make it to the World Premiere Screening:

ECHOES: Five-Time Nominee at the Action On Film Festival

Maderfim’s ECHOES has been nominated for FIVE awards at the Action on Film International Film Festival! 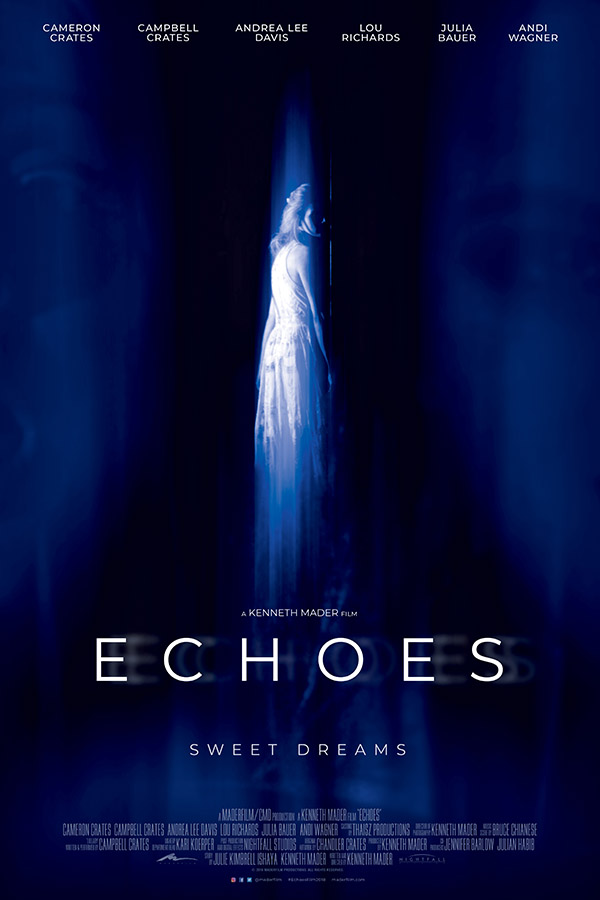 We just finished post-production on our latest short film ECHOES
and it has already been accepted as an Official Selection
in two film festivals! 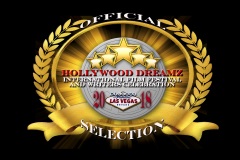 After her father’s untimely death, a teenager suffering from sleep disorders is haunted by a vengeful spirit which may or may not be a hallucination. Her visions ultimately lead to a shocking revelation about an unsolved murder.

Our feature film DISPLACEMENT will also have an Exclusive Encore Screening at
Action on Film Sunday, August 19th, 6:00 pm Block

Julia recently graduated from The University of Texas at Austin with a BFA in Acting. During her time in Austin Julia performed in many productions with the University of Texas as well as professional theatre company Capital T Theatre. She has also studied at the Howard Fine acting studio in L.A.
After graduation, Julia focused on commercial work in Austin before making her permanent move to LA in February 2018. Echoes will be Julia’s L.A. acting debut.
Welcome to L.A. Julia! We’re looking forward to working with you in ECHOES.

Maderfilm Welcomes Andi Wagner to the Cast of ECHOES

Maderfilm welcomes Andi Wagner to the cast of ECHOES as Abby’s caring aunt Dara. Andi has appeared in over 25 commercials over the last three years, as well as several television pilots, comedy webisodes, and independent films.

Andi Wagner was a Co-Host, alongside Chris Hardwick, on the pop culture trivia game show “Trashed” on MTV, as well as a Host/Writer of “Healthy Living” on FiT TV and hosted a “Friday Night” on NBC. She then moved behind the camera and for over 15 years worked in casting and segment producing on popular dating and game shows, as well as writing and producing segments on the syndicated talk show “Men are From Mars, Women are From Venus” with Cybill Shepherd.

But that was a different chapter of her life…

Now, in her words, she’s a crazed, multi-tasking actress, comedienne, and indefatigable mother of an energetic 13-year-old boy, who is rediscovering and redefining her purpose in mid-life by performing stand-up at local comedy clubs. A firecracker mother with no filter, she enjoys finding the humor in parenting and marriage, one joke at a time. Andi has performed at The Comedy Store, The Ice House, Flappers, Westside Comedy Theater, HA HA’s, The Warehouse and in numerous hole-in-the-walls across Los Angeles.

We recently worked with Andi on a reality show pilot and are excited to dive in with her on a narrative role.

Maderfilm welcomes back actor Andrea Lee Davis to play Abby’s Stepmother, Marie, in our latest project ECHOES. Having worked with Andrea on the short film “Intrusion”, as well as other projects including a short piece with young ECHOES actor Cameron Crates a few years back, Director Kenneth Mader knew she would be perfect for the role, one that she’ll really be able to sink her teeth into and have some fun with.

Andrea has appeared in numerous films, her most recent being “A Doggone Hollywood” alongside another longtime friend of Maderfilm’s, Paul Logan, most notable for his film “The Horde”, and various other action features.

Andrea worked with Cuba Gooding Jr. on “What Love Is”,  and Marlee Matlin in the indie award winner “No Ordinary Hero: The Superdeafy Movie”. Also a talented musician and singer, Andrea had a recurring role as the Italian pianist on “The Bold and The Beautiful”, as well as appearing with her vocal trio, The Swing Dolls, on the popular “Gilmore Girls” episode, “We’ve Got Magic to Do”. She wrote the lyrics and vocal arrangement for the Italian song, “La Vita Italiana fa per me (The Italian Life’s For Me)”, in the Fiat 500L commercial, “Wedding”, as well as singing on the recording with her vocal trio. Recently Andrea has been studying at the Second City Conservatory in Hollywood.

We are very excited to be working with Andrea again and look forward to seeing her bring the character of Marie to life.